As you can see from this simplified map of Andalucia, Malaga is central to the whole region, and you can use your hired car to visit accessible locations such as Sierra Nevada, Tarifa, Cadiz, Cordoba and Almeria. Booking your car at Malaga Airport makes perfect sense! 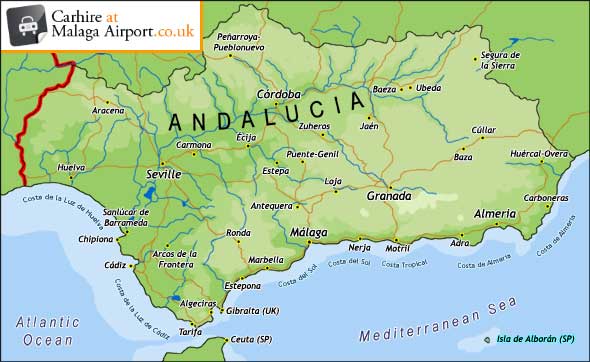